Harry Shapland Colt was born in 1869 and learned golf on nearby Malvern Common, being educated at Monkton Combe School, Bath.  At Cambridge University he became a well known Golfer, captaining the team in 1890, later playing in many Amateur and one Open Championship. On graduating, he became a solicitor in Hastings, a member of the R&A, and of its Rules Committee.

In 1901 he was employed as Sunningdale’s first Secretary at an annual salary of £150 from 435 applicants. Originally his post was full time but after thoughtfully redesigning some holes on the Willie Park Old Course, the reception inspired him to become more involved in golf course design, collaborating on a number of projects with Dr Alister MacKenzie. He left his post at Sunningdale in 1913 though remaining a member and on its Green Committee.

Harry Colt came on the scene of course design when inland courses in this country bore little resemblance to the seaside pearls that were already our national golfing heritage. Colt quite simply saw the beauty and symmetry of nature’s work in courses around our shores and sought to replicate it inland. He was fortunate in that the best soil for golf inland was usually useless for anything else; the acid, sandy, heath strewn strips of heath similar to the salty washes over which our links evolved.

Colt saw it as his vocation to bring in angles and bends, slopes and undulations, the soft curves of nature. If he had one philosophy it was that his courses should blend in with their surroundings, be part of the landscape, not imposed upon it. He introduced the dogleg, not solely as a space-induced change of direction, but as part of the many questions a golfer should be asked by which to measure their skill and retain interest. Bunkers were set at different angles to the line of play, many as markers to the right direction, some as teasers to the longer player to test his skill and courage, and all as a punishment for getting it wrong.

Above all though, Colt’s legacy is the mastery of scale; small greens at the end of narrow, winding fairways. Tees set back behind modest stretches of rough, each hole an entity in itself, a country lane meandering through a picturesque setting. That is what he left us at Sunningdale.

After leaving Sunningdale Colt travelled to America teaming up with George Crump in 1918 to design Pine Valley Golf Club. In 1923 he created the Sunningdale New Course, and in 1924 was Club Captain. After the Simpson redesign in 1934 Colt and JSF Morrison arrived at today’s layout in 1939.

At his death in 1951 aged 82 he had designed 115 courses, many now considered classics, and 300 in partnership, including Europe, North and South America, and Asia 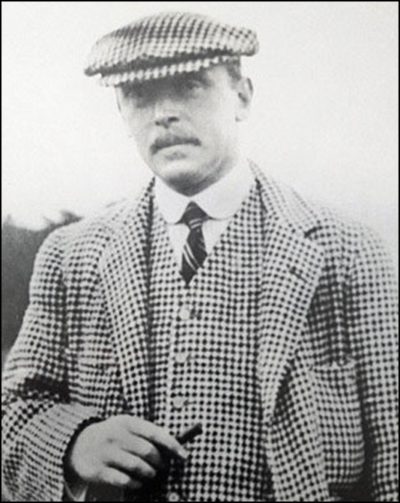